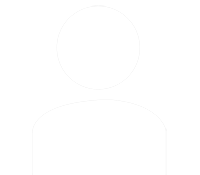 The rapid development of civilization and the subsequent industrial development caused an avalanche increase in the amount of all waste, including plastics. It is estimated that about 10% are plastic waste. That gives lots of tons a year of very valuable material that can be used. This caused that recycling has become one of the most popular methods of plastics processing. This is also evidenced by the rapid increase in the number of companies from the recycling industry. With the increasing amount of waste, it seems reasonable to look for ways to recycle plastics. Intrusion technology, allowing the production of profiles and pallets, is becoming more and more popular, and raw materials used in production are mixed and contaminated waste plastics.

All thermoplastic plastic waste from industry and households can be processed on the production lines by intrusion of profiles, plates and pallets. Plastics can be contaminated by paper, wood, aluminum and copper as well as organic materials. Standard performance varies from 80 to 300 kg, and for special orders up to 600 kg per hour. It is recommended to use a specific raw material composition of waste being processed - the most optimal is when the waste content is successively about 60% of PE, 20% PP, 10% PS and 10% of other plastics. The mixture should not be less than 50% PE, because it creates - together with PP - a nice outer surface.

Thanks to this, any impurities that are located in the core of the profile or pallet are covered. In addition, there should be no more than 30% PP in it. If the amount of polypropylene is too low, the brittleness of the manufactured products at low temperatures increases. In addition, it can make it difficult to drive nails into profiles and pallets, which is required in some applications. It should also be ensured that there is no more than 20% PS in the mixture, because too much of it creates problems in obtaining a nice surface of the product.

d1) Scheme of a line for the production of intrusion profiles is presented in (Fig. 1). The line operation starts from the material dispensing stage (mixed plastic waste) to the adiabatic extruder and almost non-pressurized filling of the mold forming the profile. The pressure in the process only increases slightly at the end of the filling process. The line is equipped with a fill sensor and a shut-off valve that closes the extruder nozzle after filling the mold. After filling one mold and closing the carousel valve, it rotates one position and the process of filling the next mold begins. Each time the profile shape can be different. At the same time, at another station, the molded and cooled profile is pushed out of the mold by means of a pneumatic actuator. The line is equipped with a pneumatic ejector, mechanical extraction system and a large receiving table. The produced molds are cooled by a water cooling system that works in a closed system.

Fig. 1 The line for the production of intrusion profiles from unsorted plastic waste

d2) A line for the production of pallets works on a similar principle (Fig. 2). In this case, however, the carousel on which the molds are mounted rotates horizontally, not vertically. The system of emptying molds is also different, which in this case takes place in a separate external stand. There is also no water tank, and the molds have their cooling system or they are cooled in the chamber.

There are also simpler, semi-automatic versions of pallet production lines available. The principle of their operation is similar to the other two, except that the transport of the forms from the unloading position to the pallet removal position and from there to the starting position is carried out manually. The three wagons transport the molds and keep in line with the extruder in the raised position during the filling phase, and then transfer them to the unloading station. Wagons are driven by a chain drive motor.

Fig. 2 The line for the production of pallets by intrusion from unsorted plastic waste

Fig. 3 presents a functional diagram of a typical recycling plant with two lines for the utilization of two types of waste. The first line is used for processing rigid plastics (with a crusher and a mill), and the second one for processing the film (with a crusher, buffer silo and agglomerators). The plant is also equipped with two independent systems for mixing and drying silos, from which the waste of rigid plastics and foils are transported to further silos and mixed in appropriate proportions. There is a re-drying process in them and after the final preparation, the plastic waste is fed into two typical lines for the production of profiles and pallets.

The total installed power in this example plant is around 650 kW, and its production capacity varies from 420 to 630 kg of finished products per hour.

In trade names, the construction material obtained from mixtures of unsorted plastic with intrusion technology is the so-called Syntal. The products obtained with this technology are reproducible and require practically no maintenance. Their numerous mechanical and aesthetic advantages and durability make them multifunctional articles in the most diverse fields. The basic advantages of Syntal profiles are very high resistance to temperature, humidity, impact and fire.

The lines for the production of profiles and pallets are a very good solution for the recycling of mixtures of contaminated plastics. They allow not only to save on car wash expenses, but also - due to the fact that the recommended input composition of materials is similar to the composition of plastics collected in containers for selective waste collection - usually special preparation of input plastic mixtures is not necessary. In addition, they are quite energy-efficient, since the consumption of electricity varies from 0.3 to 0.5 kWh per 1 kg of processed material. This gives a total installed power from 100 to 650 kW, depending on the line efficiency. Assuming a well-organized production and supply of plastic waste, depreciation of the described systems takes place after four or five years.

Such lines have the potential to become very popular.